This summer came with an update of the international evidence-based guidelines for tDCS use!

We are thrilled (but not surprised) that Transcranial direct current stimulation (tDCS) was bumped to a Level A (= definitely effective) for Major Depressive Disorder (MDD).

As Sooma offers tDCS therapy for Depression and Pain, these indications will be the focus of this post. Enjoy the read!

Depression is a psychiatric disorder that can have devastating effects on a person’s quality of life. Common treatments include pharmaceutical medications (antidepressants), behavioural therapies, and a range of neuromodulation treatments (ECT, rTMS, tDCS). With tDCS, a mild electric current is used to stimulate areas of the brain affected by depression. Hypoactive areas are given excitatory stimulation and hyperactive areas are given inhibitory stimulation, eventually restoring a healthy balance in the brain and relieving the patient of depressive symptoms. 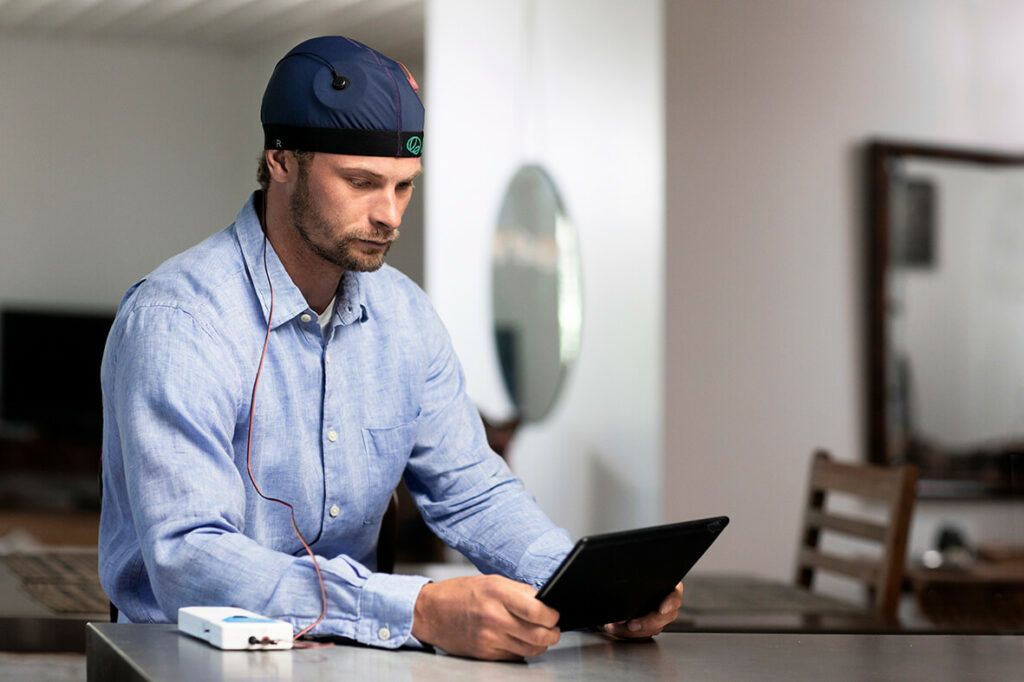 In the new evidence-based guidelines, Fregni et al reviews 18 studies with a total of 930 patients who received tDCS for Major Depressive Disorder. All but one study used anodal stimulation over the left DLPFC (F3), or slightly in front of the left DLPFC (pF3). Seven of the studies used cathodal stimulation over the right DLPFC (F4), four over the frontotemporal area (F8), and six over the supraorbital area (SO).

In the left DLPFC anode – right DLPFC cathode studies, positive studies showed significant improvement in severely to moderately depressed antidepressant-free patients, and additive effects in patients who were also on serotonin elevating medication. In the negative studies, the patients receiving tDCS did improve, but not enough for the results to be significantly different from sham tDCS. A study on pregnant women also showed improved, but nonsignificant results, but, significantly, one month postpartum, 75% vs. 15% of the active vs. sham tDCS patients were in remission.

In the left DLPFC anode – right frontotemporal cathode studies, there was significant improvement in severely to moderately depressed patients, in moderately treatment-resistant patients, and in patients with unipolar and bipolar depression.

Anodal tDCS over the left DLPFC is given a Level A recommendation (= definitely effective) for Major Depressive Disorder.

Chronic pain is a neurological condition that often has a great negative impact on quality of life. It is often treated with pharmaceutical medications, but these may not be suitable for all patients. Some patients develop a high tolerance and no longer experience pain relief, and some may not be able to tolerate the medication or its side effects. tDCS is a drug-free option, where areas of the brain responsible for pain processing are stimulated with a mild electric current in order to relieve pain symptoms.

At Sooma, we offer Sooma Pain Therapy, which is indicated for chronic pain conditions Fibromyalgia and chronic Neuropathic pain. 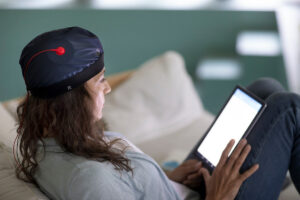 In Neuropathic pain, anodal tDCS over M1 is given a Level B (= probably effective) recommendation.

In Fibromyalgia, anodal tDCS over M1 is also given a Level B (= probably effective) recommendation.

Recommendations for tDCS in other indications